Christianity in America: Being Liked vs. Being Loyal 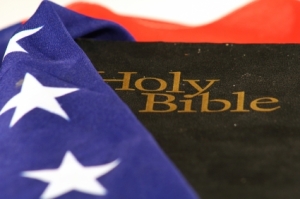 The list of pejorative words and names that we have been called and that have been used to describe us as Christians could go on and on. There was a time, generally speaking, when people would at least extend the courtesy of respectfully dialoguing with us in public forums. Many would say that was due to us being the moral majority. But we no longer hold that place in the collective mind of our American, post-Christian society. Consequently, we are seeing pockets of people and groups around our country who openly display their disdain of Christians and our Christo-centric, biblical worldview. One such incident happened to one of our brothers in the Lord, Doug Wilson, as he gave a lecture at Indiana University (see the brief clip that captured the protest here). To be clear, the majority of IU students in attendance seemed not to be in agreement with how the small contingent of protestors acted (evidenced by the audience’s applause as they left the lecture hall and after being addressed by the Assistant Dean of Students), and some vehemently spoke out against it.

Some of you might be thinking, “Are you serious, Ed? That was not that big of a deal. We have fellow believers who are being beaten, imprisoned, and killed for the faith around the world and are not even allowed to speak about or worship Jesus publicly. On the contrary, this brother was invited to freely express his beliefs at an institution of higher learning and left the campus alive and able to head back to his home, family, job, and church to resume his normal way of living.”

Point well taken. My purpose for making reference to this incident (and for this post altogether), however, is not to incite comparison, solicit compassion (i.e., pity) from those outside of our faith, or foster in us a persecution complex, where we bemoan even the slightest expressions of opposition. Instead, it is:  1. to highlight the growing hostility in our country towards biblical beliefs and values, and 2. to encourage us to stand firm in our commitment to the Lord Jesus and His Gospel and Bible, regardless of the mounting pressure from the world to compromise our convictions and condone theirs.

Over the years as I have stood by and watched or read reports and interviews of fellow Christians speaking to the hot-button, controversial topics of our day (e.g., abortion, same-sex “marriages,” homosexuality, etc.) and the disagreeable responses by the non-Christian world (and even by some who consider themselves believers of Jesus), I have come to realize that there is a prevalent dilemma that almost always presents itself that each of us as followers of Christ will encounter at some point in time; and that is, you and I will be faced with a decision between two opposing realities: to be liked by the world or to be loyal to God.

Think about this with me: generally speaking, are we not becoming even more inclined towards the idea of people liking us? Even something as minute as the “likes,” “favorites,” “thumbs-up,” functionality on social media sites seems to reflect this, does it not? How many times have you, like me, come back to your FB posts or tweets to see if people liked, shared, or re-tweeted them? Come on, it’s okay. You can admit it. In and of itself, being liked by people is not necessarily a bad thing. But it quickly turns sour when we choose to say or do something that displeases God in order to please people so they will look favorably upon us. This, I believe, is one of the main reasons why some of us Christians in America are capitulating to the non-believing world. We like to be liked by people.

But this temptation to please people over against pleasing God is not a novelty of the 21st century. People in the Bible, especially followers of Jesus, dealt with it as well. At times, some failed miserably, like Peter (Matthew 26:69-75; In his case, Peter more than likely denied Jesus that day because of the fear of what people would have done to him if he publicly associated himself with Jesus. To say it simply, Peter gave in to the fear of man, which is what fuels this temptation.). And then there were other occasions when they stood strong, choosing to be loyal to God. There are many that I could point to – and, yes, Peter would be among them – but I’ll just choose one, namely John the Baptist. Here, I’ll let you read it for yourself:

So with many other exhortations he preached good news to the people. But Herod the tetrarch, who had been reproved by him for Herodias, his brother’s wife, and for all the evil things that Herod had done, added this to them all, that he locked up John in prison. (Luke 3:18-20; ESV)

As an aside, did you notice that John the Baptist not only preached about/for Jesus, but that he also spoke against Herod’s immorality, which was the reason why he was put in prison (see also: Matthew 14:1-12)? As faithful disciples of Jesus, we don’t get to choose what we will be for or against; it has already been laid out for us in the Bible.

What an amazing encouragement it is to read of John the Baptist standing up for Jesus and the things of Jesus in spite of the opposition that he faced!

What about you and I? Will future generations of Christians be able to recall how we, by God’s grace in Christ through the empowerment of the Holy Spirit, lived our lives in loyalty to God rather than to be liked by people?

If you are still not convinced that this dichotomy of being liked versus being loyal is all that crucial in our day and time, let me give you just one example. On a recent episode of “Celebrity Big Brother” (the UK version), Evander Holyfield engaged in a conversation with one of his fellow contestants regarding gay professional athletes openly professing their sexuality. As you can imagine, that exchange circulated very quickly over the internet. Martin Rogers picked up on the story and wrote a brief article about it over at Yahoo Sports.  Here is his last sentence in that piece:

He would be well advised, however, to keep his more controversial opinions under wraps in the future or risk the fondness with which he is remembered. (emphasis mine)

Did you catch that? Let me restate it in my words: Evander, you might want to zip your lip about this subject if you want to continue to be liked by people who remember you as one of the most beloved fighters in the sport of boxing.

I am by no means endorsing how Evander went about addressing the topic with his housemate. Should he have refrained from responding, or try to re-frame what he said, or restrain himself from speaking further after stating his conviction on what the Bible says concerning homosexuality? Given the situation, either of those would have probably been the best thing. By the way, apologizing for or amending how we go about communicating God’s truth is in some cases needed and warranted. But it’s altogether different when we are willing to dismiss, distort, or downplay God’s Word to appease people.

But I hope you didn’t miss my point for bringing up this article. Being liked vs. being loyal is one of the major societal realities that we will continually face as Christians here in America. The question becomes then: what choice will we make in 2014 and in the years to come? We must decide now and each day of our lives because the Bible is clear that the sinful, rebellious, moral decadence and deception of the fallen world is going to continue and grow worse (2 Timothy 3:1-5, 12-13).

May God give us the strength to be wise and winsome as we engage the world, but to never water down the Gospel or the Bible (i.e., to attempt to take the natural offense out of God’s truth – e.g., by not mentioning sin, repentance, God’s eternal judgment, the exclusivity of salvation through faith in Jesus alone, etc. and only highlighting God’s love, mercy, kindness for all people) just to be liked by people.

May the Holy Spirit help us to be loyal to Jesus like John the Baptist, even if it means we lose loved-ones, friends, jobs, respect, popularity, promotions, freedoms, benefits, invites, positions, opportunities, money, and, in some cases, our very lives.

Whoever finds his life will lose it, and whoever loses his life for my sake will find it. (Matthew 10:39; ESV)

Posted on January 7, 2014, in Life. Bookmark the permalink. Leave a comment.

My thoughts. My reflections. My journey.... On pastoring, preaching, leading & learning.